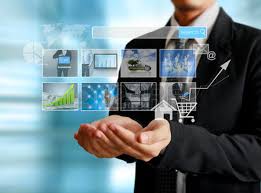 This is one of the riskiest decisions that any organization will ever face, that said - level of risk exposure is directly opposite with amount of research, and due diligence spent looking at new technology from all the possible angles. Two of my large clients in same industry considered changing their existing technology for something new. And they arrived at two completely different decisions – one organization decided to stick what they have, while other decided to go in new direction. They both faced incredibly difficult and costly business decision – and they responded differently. And I would go as far as to say – one of them made monumental mistake, but which one? Only time will tell!

What complicates this story further is that in both cases their existing “old” technology is solid but more costly, while this new technology maybe as good, but much “cheaper” (if you are to believe their sales reps).

New indications are that this new technology is not as cheap after all, and its novelty is fading quickly – there are already “better” alternatives! And, by the way sales rep never mentioned that skills to run this technology are as rare as hen’s teeth. And hence, word of advice when listening to technology paddlers – pay more attention to what they don’t say – than what they do.

This just illustrates some of the issues when organization get caught up in technology consumerism rat race. Just like choosing latest mobile device or car model – only with massively greater implications. So, how should this question of adoption be approached in general?

Well, there is no doubt that it should be treated as the business case. And if so, having clear business plan is must. In fact, each potential decision outcome should have business case attached to it, and each case should consist of multiple dimensions that are vital to technology success – its cost, benefits, risks, capabilities, skills, availability and cost of supporting structures, cost of access, cost of integration, cost of rework, cost of training, time-to-market, competitors, functionality, ease-of-use, etc. All the benefits should be added up minus all added costs for each technology decision so that ROI analysis includes both – financial and non-financial factors. And be aware of situation where improvement in one factor can come at the expense of the other and surface carefully it through cost-benefit study.

Starting points in accessing new technologies is well knowing what is the business purpose of this technology, how is that business purpose addressed currently, what are deficiency of the current approach in comparison to new approach, and other way around. Establish the team to investigate new technology and get both external and internal advisors to tell you different viewpoints. Establish what organizational and process change of management will be needed and its impact – positive and negative, measurable or not. Consider proof-of-concept and pilot test runs with clear outcomes and success criteria – especially if you an early adopter, and most importantly make sure that you approach this question objectively and without bias. Especially, be aware about “confirmation bias” where you have already formed an opinion and now you are selectively looking for evidence that confirm your opinion and ignore the rest. And don’t be blinded by single positive effect of new technology (halo effect bias) – there could be many negatives lurking in shadows.

And try to better understand “new” in phrase of “new technology”. To which extent something is really new, and to which extent is mere modification of existing and established ways of doing things, dressed in new outfit and only for purposes of being sold as “new”. If I produce new drill machine – what is new about it? Just fact that production is new and has new name or logo – while functionality is just same as any other drill machine, as oppose to some revolutionary new drilling technology holes where drill machine may neither functions nor looks as I am used to. This is new in very different context. This is just to illustrate complexity of the task – where we should be re wise enough to start with word dissemination asking the most sensible question that there is within this context – “what so NEW about that new technology?”. And then decide how you going to approach this - as ground-breaking “new”, or just hyped-up new alternative, that will become old before you even have chance to pilot it.