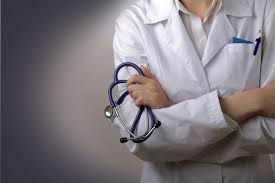 Fraud and Abuse are usually defined as "the intentional deception or misrepresentation that an individual knows to be false or does not believe to be true and makes, knowing that the deception could result in some unauthorized benefit to himself/herself or some other person". The most frequent kind of fraud arises from a false statement or misrepresentation made, or caused to be made, that is material to entitlement or payment.

Violators and perpetrators of fraud may include physicians or other practitioners, a hospital or other institutional provider, a clinical laboratory or other supplier, an employee of any provider, a billing service, beneficiary, medical provider employee or any person in a position to file a claim for payment or benefits.

Fraud schemes range from those perpetrated by people acting alone to broad-based activities by institutions or groups of individuals, sometimes employing sophisticated telemarketing and other promotional techniques to lure consumers into serving as the unwitting tools in the schemes. Seldom do perpetrators target only one insurer or target the public or private sector exclusively. Rather, most are found to be defrauding several private and public sector victims simultaneously.

Methods of fraud detection are based on finding clusters of similarity and isolating outliers, and finding patterns of uniqueness. Often what appears perfectly regular in one context is very unusual if context changes. Certain symptoms are expected for certain diseases but are very unusual for other diseases, and need to be further investigated.

A children's hospital reported lot of instances of injured children being brought by parents after alleged fall from the bed with symptom of “circulatory shock” which is life-threatening medical emergency that relate to a problem with the body's circulatory system and typical signs are low blood pressure and rapid heartbeat. This was a unique pattern since usually kids who fall from the bed do not go in state of circulatory shock. After closer look at this occurrence it became clear that many of these children were beaten and abused by their parents who would then bring them to the hospital and lie about true cause of these injuries not realizing that presence of shock is very unique symptom for fall from the bed.

Another method is based on what is a normal pattern for specific profile of patients.

For older patient certain measures of blood pressure and levels of cholesterol are normal, but these same measurements are very abnormal if the patient is young for example, so anything that is clearly un-expected require a deeper look. Another technique measures what is possible and what is not. In “doctor's fraud” it is known how many patients a doctor can physically see during the day, and number that is way too high may suggest to doctor’s fraud.

Another technique looks at the associative patterns for specific disease so that emphasis can be put on a patterns that are unexpected, strange and counter-intuitive to medical practice. In nutshell following table illustrates different analytical technique that is associated with a specific goal and with specific task.

The issue of reducing medical errors has been a heated political topic and will still be controversial in the next several years. It is believed the key to decreasing these errors will be to properly identify them, analyze the causes, and then change the system and/or processes to prevent them from taking place in the future. A recent study by the U. S. Institute of Medicine (IOM) cited 90,000 avoidable deaths, 3 million medical errors and 2.2 million avoidable injuries each year attributable to medical errors. That's the equivalent of having one jumbo jet crash per day with 200 people dying in each crash.

The IOM defines medical error as "the failure to complete a planned action as intended or the use of a wrong plan to achieve an aim. An adverse event is described as an injury caused by medical management rather than by the underlying disease or condition of the patient. Some adverse events are not preventable and they reflect the risk associated with treatment, such as a life-threatening allergic reaction to a drug when the patient had no known allergies to it. However, the patient who receives an antibiotic to which he or she is known to be allergic, goes into shock and dies, represents a preventable adverse event.

Pressure from poor underwriting results, poor loss ratios, increased competition from banks and the need to pay claims quickly while better focusing on a small percentage of claims account for a large percentage of claims costs. Reducing the amount of inappropriate or fraudulent payments represents both a significant problem and a meaningful opportunity for the insurance industry. So, how can insurers improve the process by which they separate claims requiring special attention from the rest? Most people believe that medical errors usually involve drugs, such as a patient getting the wrong prescription or dosage, or mishandled surgeries, such as amputation of the wrong limb. However, there are many other types of medical errors, including:

Most errors arise out of problems created by today's complex health care system. But errors also happen when doctors and their patients have problems communicating. Uninvolved and uninformed patients are less likely to accept the doctor's choice of treatment and less likely to do what they need to make the treatment work.

One of the big challenges in healthcare insurance is slow claim segmentation process. There are some claims that should be processed automatically, and some that require special attention, that should go to claim case managers (usually claims that require special handling as well as exceptional claims which are defined as the claims above specified and proscribed amount), and some that should go to forensics. Pressure from poor underwriting results, poor loss ratios, increased competition from banks and the need to pay claims quickly while better focusing on a small percentage of claims account for a large percentage of claims costs.

Reducing the amount of inappropriate or fraudulent payments represents both a significant problem and a meaningful opportunity for the insurance industry. So, how can insurers improve the process by which they separate claims requiring special attention from the rest?

Some companies have automated these businesses rules into computer programs. The problem with this approach is that it usually catches the more obvious cases and is creating many false positives (legitimate claims identified as exceptional). Furthermore, a substantial amount of human review is still needed.

Another automated approach is the use of statistical models or Neural Networks to review all transactions. This approach while better than that outlined in Phase I it still requires that the rules be changed over time and since patterns of fraud are dynamic since criminals change their patterns over time. This approach also cannot uncover patterns that involve complex interactions among many the variables that are available to analyze. Most insurance companies are using either the Phase I or Phase II approach today.

While insurers have increased their efforts in detecting abuse much more can be made. Most carriers use human generated rules to screen exceptional claims. These business rules are taken from the opinions of experts with substantial experience in detecting claims that need further investigation or referral to case managers. The process involves taking a sampling of claims with employees who receive training on the use of these business rules to spot abnormal patterns. The success rates of these workers vary from individual to individual. This approach is expected to be very labor intensive and hence costly. Also many claims go un-audited due the sampling process which is necessitated by the high labor cost of checking claims by existing workers.

Potential benefits of Phase 1 and Phase 2 approaches are following: