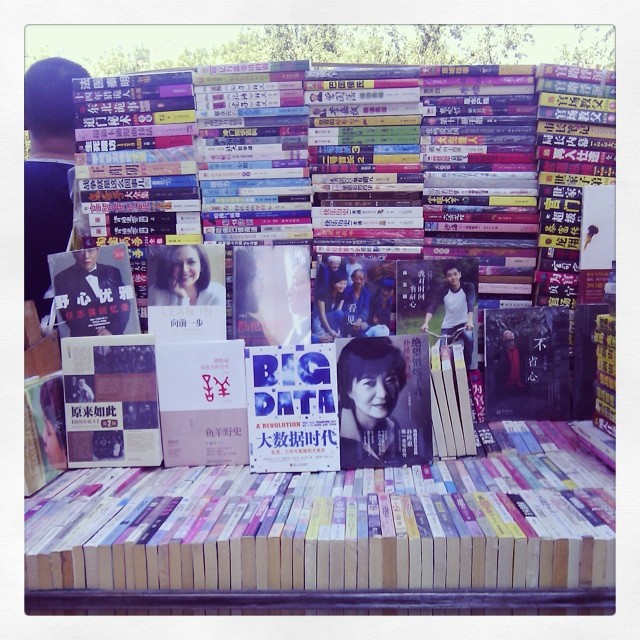 Faced with the ongoing confusion over the term ‘Big Data,’ here’s a handy – and somewhat cynical – guide to some of the key definitions that you might see out there.

The first thing to note is that – despite what Wikipedia says – everybody in the industry generally agrees that Big Data isn’t just about having more data (since that’s just inevitable, and boring).

Big Data as the three Vs: Volume, Velocity, and Variety. This is the most venerable and well-known definition, first coined by Doug Laney of Gartner over twelve years ago. Since then, many others have tried to take it to 11 with additional Vs including Validity, Veracity, Value, and Visibility.

Why did a 12-year old term suddenly zoom into the spotlight? It wasn’t simply because we do indeed now have a lot more volume, velocity, and variety than a decade ago. Instead, it was fueled by new technology, and in particular the fast rise of open source technologies such as Hadoop and other NoSQL ways of storing and manipulating data.

The users of these new tools needed a term that differentiated them from previous technologies, and–somehow–ended up settling on the woefully inadequate term Big Data. If you go to a big data conference, you can be assured that sessions featuring relational databases–no matter how many Vs they boast–will be in the minority.

The problem with big-data-as-technology is that (a) it’s vague enough that every vendor in the industry jumped in to claim it for themselves and (b) everybody ‘knew’ that they were supposed to elevate the debate and talk about something more business-y and useful.

Here are two good attempts to help organizations understand why Big Data now is different from mere big data in the past:

This is another business-y approach that divides the world by intent and timing rather than the type of data, courtesy of SAP’s Steve Lucas. The ‘old world’ is about transactions, and by the time these transactions are recorded, it’s too late to do anything about them: companies are constantly ‘managing out of the rear-view mirror’. In the ‘new world,’ companies can instead use new ‘signal’ data to anticipate what’s going to happen, and intervene to improve the situation.

Examples include tracking brand sentiment on social media (if your ‘likes’ fall off a cliff, your sales will surely follow) and predictive maintenance (complex algorithms determine when you need to replace an aircraft part, before the plane gets expensively stuck on the runway).

This one is from 451 Research’s Matt Aslett and broadly defines big data as ‘analyzing data that was previously ignored because of technology limitations.’ (OK, so technically, Matt used the term ‘Dark Data’ rather than Big Data, but it’s close enough). This is my personal favorite, since I believe it lines up best with how the term is actually used in most articles and discussions.

In his wonderful book The Human Face of Big Data, journalist Rick Smolan says big data is “the process of helping the planet grow a nervous system, one in which we are just another, human, type of sensor.” Deep, huh? But by the time you’ve read some of stories in the book or the mobile app, you’ll be nodding your head in agreement.

This is the laziest and most cynical use of the term, where projects that were possible using previous technology, and would have been called BI or analytics in the past have suddenly been rebaptized in a fairly blatant attempt to jump on the big data bandwagon.

And finally, one bonus, fairly useless definition of big data. Still not enough for you? Here’s 30+ more and counting!.

The bottom line: whatever the disagreements over the definition, everybody agrees on one thing: big data is a big deal, and will lead to huge new opportunities in the coming years.