How Campaigns and Companies Use Data to Win the Race? 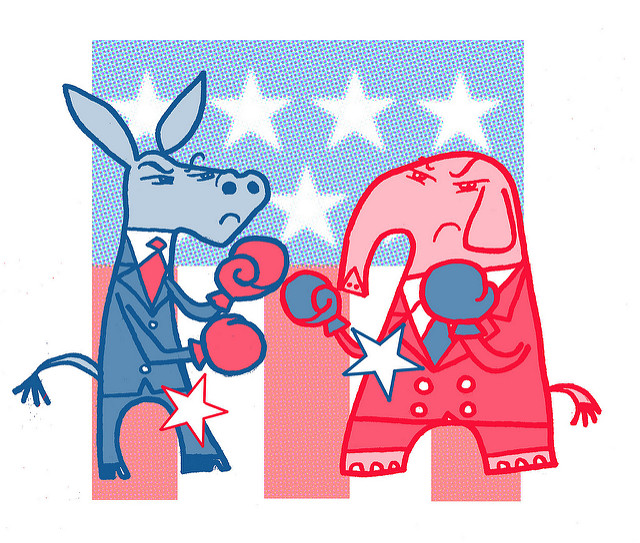 How Campaigns and Companies Use Data to Win the Race?

As big data transitions from a craze to an industry standard, the landscape is ever changing and filled with complexity – from  how it’s being used and where it comes from to who is using it, the technology to manage it, and the way in which it’s structured. Over the past year, the number of organizations that have deployed or implemented data-driven projects has increased by 125 percent, and this adoption isn’t limited to large enterprise organizations: More than 63 percent of small to mid-sized businesses (SMB) are also included in this figure.

It’s not only businesses that are taking advantage of big data insights. President Obama’s use of data analytics during his two election campaigns has been well documented. And the success of those efforts has every serious political candidate since incorporating data analytics into their

As we near the finish line of November, the fight to win over voters is taking center stage – and all campaigns are relying on a lot of voter data to benchmark where they are in the standings and to make informed decisions about their next move. Again, we first saw this in the Obama campaign. The campaign deployed a team of technologists to build a sophisticated data platform, code-named “Narwhal,” that proved highly effective for raising money and tracking voters.

In the real time, ever-changing world of politics, data is used in a myriad of ways on the campaign trail, tracking everything from voter attributes and poll results to campaign finance, political history, and more. Insights learned from this valuable data are the lifeblood of campaigns, and campaign workers must be able to pull this information accurately and easily, every day.

With all this data flying around, it’s hard to know how to digest it. Because political campaigns run like mid-sized companies, they often have data that is so complex and distributed that it needs a dedicated team of specialists to clean and maintain it. Unfortunately, this can create a bottleneck between the IT operation pulling the data and the overall campaign team, which needs quick access to data while hot on the campaign trail.

The solution to this challenge is to simplify these large data sets, making them visual and easily digestible. Cutting down the time it takes for insights to be gathered and delivered to the right parties – almost removing the IT department totally – enables access to crucial voter insights so that the campaign focus, financial targets, and TV ads can keep moving forward, and informed decisions can be made based on current patterns and campaign performance.

More and more, candidates and their campaign teams are relying on sophisticated business intelligence (BI) tools that enable all users to take the disparate data and develop useful and actionable insights without getting tech specialists involved. By removing IT complexity, everyone on the campaign can access analytics to make better decisions – even candidates can review dashboards while on the campaign trail.

So how do the candidates in this presidential election stack up? Rumor has it that Hillary Clinton’s data game is stronger than Donald Trump’s – at least that’s what former Obama campaign manager David Plouffe implied in an appearance on the Politico podcast Off Message. Plouffe thinks that Clinton’s greatest advantage is a sophisticated data-gathering operation capable of targeting voters, one by one, in swing states, undermining Trump’s generalized messaging that can come off as less specific for the audience.

With the March layoff of Trump’s senior data operative that left much of the campaign’s important data inaccessible, Plouffe could be right. This is a critical example of why everyone on the campaign trail needs access and capabilities to analyze election data and voting behaviors.

In the fast moving, real-time world of politics, data can be your ally or enemy. But when equipped with the right data, the right balance of technology, and the right people, candidates are armed with the insights they need to pull ahead and win the race. Leveraging the right tools is imperative because getting the data you need ahead of your opponent could win you four years in the White House.

Amir Orad is a successful CEO, entrepreneur, and a big data technology thought leader. He brings proven success in leading and scaling businesses by orders of magnitude in both startup and public company settings as well as multiple exits and M&As. Prior to Sisense, Orad was the CEO of NICE Actimize, the financial crime and analytics software leader monitoring billions of transactions at the world’s top institutions. Orad led the company’s business functions since it was a $30M business, first as EVP and later as President and CEO. Under his leadership, the business grew more than six-fold, with Wall Street reported revenue nearing a $200M run rate.