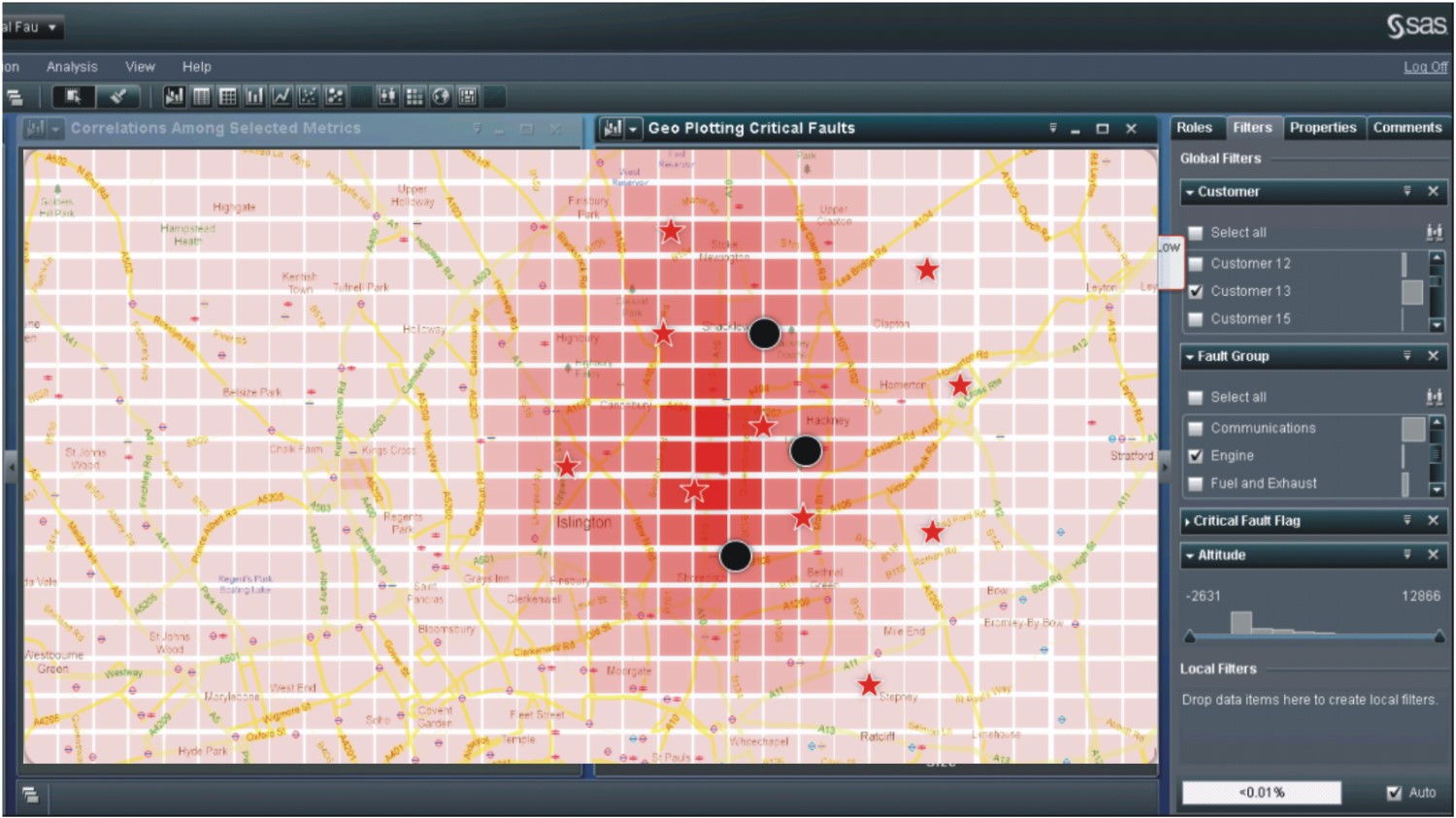 Crime fighters have long used brains and brawn, but now a new kind of technology known as “predictive policing” promises to make them more efficient. A growing number of law enforcement agencies, in the US and elsewhere, have been adopting software tools with predictive analytics, based on algorithms that aim to predict crimes before they happen.

The premise is simple: criminals follow patterns, and with software — the same kind that retailers like Wal-Mart and Amazon use to determine consumer purchasing trends — police can determine where the next crime will occur and sometimes prevent it.

Colleen McCue, a behavioral scientist at GeoEye, a firm that works with US Homeland Security and local law enforcement on predictive analytics, said studying criminal behavior was not that different from examining other types of behavior like shopping. “People are creatures of habit,” she said. “When you go shopping you go to a place where they have the things you’re looking for… the criminal wants to go where he will be successful also.” She said the technology could help in cities where tight budgets were forcing patrol reductions.

“When police departments are laying more sworn personnel, they can do more with less,” she said.

The key to success in predictive policing is getting as much data as possible to determine patterns. This can be especially useful in property crimes like auto theft and burglary, where patterns can be detected. “You can build a model that factors in attributes like the time of year, whether it is hot and humid or cold and snowy, if it is a payday when people are carrying a lot of cash,” says Mark Cleverly, who heads the analytical unit for predictive crime analytics. “It’s not saying a crime will occur at a particular time and place, no one can do that. But it can say you can expect a wave of vehicle thefts based one everything we know.”

The program known as CRUSH — Criminal Reduction Utilizing Statistical History — targeted certain “hot spots” to allow police to deploy more efficiently. John Williams, crime analysis manager for the city’s police, said the system has had a dramatic impact, allowing Memphis to get off the list of worst US cities for crime. “If the data is indicating a hot spot, we are able to immediately deploy resources there. And in a lot of instances we are able to make quality arrests because we’re in the right area at the right time,” he told AFP.

Although beat officers can use their instincts for similar results, Williams said the software could be far more precise, such as predicting burglaries in a small geographic area between 10 pm and 2 am.

In one case, the software was able to help police break up a group that was committing armed robberies on the city’s Hispanic population. “There were 84 robberies, but we had no idea it was so organized,” Williams said. By crunching the numbers, police were able to pinpoint the zone and time of likely holdups: “We caught a group of robbers in progress, we had leads on additional robberies,” he said.

Police officials from as far away as Hong Kong, Rio de Janeiro and Estonia have come to review the experience in Memphis. In Los Angeles, another program developed by scientists at the University of California-Los Angeles and Santa Clara University was tested in a single precinct, and resulted in a 12 percent drop in crime while the rest of the city saw a 0.2 percent increase.

System is based on a model from mathematician George Mohler which “is very effective in predicting the time and location for crimes that have not yet taken place.”  While use of such analytics generally wins plaudits for helping “smarter” policing, it does raise concerns about Big Brother-like snooping.

In South Africa some of the banks have used predictive models to predict next hit on ATM where criminals use explosives to open ATM's. Criminals use thought processes to target next victim often on basis of minimal risk - maximal award and if algorithms can tap into criminal mind - crime can be timed and prevented.