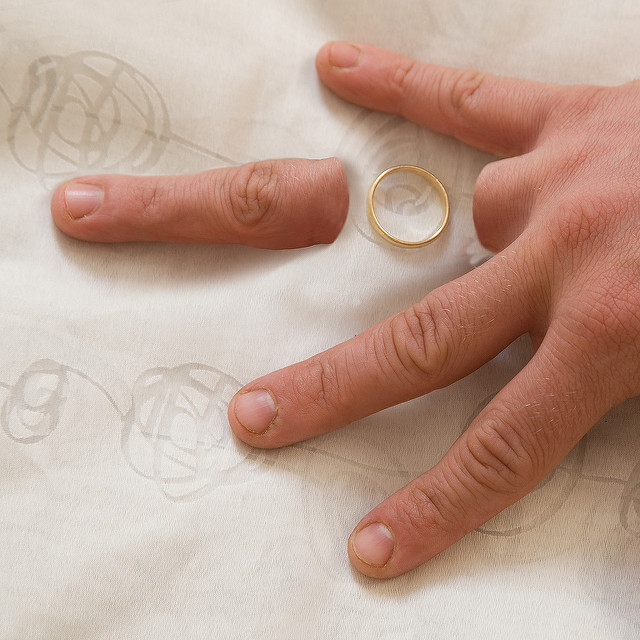 A psychologist claims that a newly devised mathematical model can predict with 94% accuracy which couples will divorce - entirely on the basis of the first few minutes of a discussion about some disputed issue.  John Gottman, of the University of Washington, and two applied mathematicians analyzed hundreds of videotaped conversations between couples in Professor Gottman's relationship research institute. They also analyzed pulse rates and other physiological data to provide a "bitterness rating" for each conversation.

The researchers were looking for what they called the "masters and disasters" of marriage. What mattered was not the dispute itself, but a couple's attitudes during the argument. "When the masters of marriage are talking about something important, they may be arguing, but they are also laughing and teasing and there are signs of affection because they have made emotional connections," Prof Gottman said. "But a lot of people don't know how to connect or how to build a sense of humour, and this means that a lot of fighting that couples engage in is a failure to make emotional connections.

"We wouldn't have known this without the mathematical model."

The researchers will take part in a symposium on love and marriage at the American Association for the Advancement of Science in Seattle tomorrow. On St Valentine's Day, they will produce the magic ratio of positive to negative interactions that is the mark of marital success. This ratio is 5 to 1: couples who keep their tempers and consider each other 80% of the time while arguing stand a chance of celebrating their golden wedding. Those who fall below this ratio might as well dial the lawyers, or at least the marriage guidance counsellors. The team say their model charts a "Dow Jones industrial average for marital conversation".

Prof Gottman has spent almost 30 years trying to discover what makes marriages work and fail. In 1999, he unveiled a systematic study of conversations between 124 couples who had been married less than nine months, and rated them for emotion, gesture and attitude. The "positive" codes were for affection, humour, joy, interest and validation. And then there were ratings for disgust, contempt, anger, fear, defensiveness, whining and sadness. At the end of three years, 17 couples had divorced.

On the other hand - do we really need algorithm to tell us that lack of emphaty, cooperation, how we say and do things, self-centeredness, will lead us down the divorce path? Hmm, I don't think so...