Augmented reality: The disappointment is real 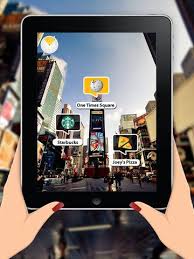 Augmented reality: The disappointment is real

At full strength, and in their original form, some of today’s newest technologies are mind-blowing examples of how fast the future is coming.

Concepts like virtual reality, artificial intelligence and robotics all point to an exciting view forward, where technologies that only recently seemed like science fiction can start having a meaningful and (hopefully) positive impact on our individual lives, and society as a whole.

The problem is, achieving the “full” version of these technologies is proving to be more challenging than we were first led to believe. In retrospect, this development shouldn’t be terribly surprising, as many of these technological concepts are extremely complex. As a result, the process necessary to create them is bound to be arduous. And yet, for those of us who have gotten caught up in the excitement of these future tech visions, the disappointment is real.

Arguably, the latest and most extreme example of the dilution of these technologies has to do with augmented reality (AR). In its “purest” form, AR was going to (and eventually will) deliver an intelligent overlay on the physical world. The technology enables you to see computer-generated digital imagery superimposed on a real-world view. Best of all, it does so in a futuristic manner that greatly enhances, or augments, our view of the world.

Microsoft’s impressive HoloLens smart glasses and the AR experience it provides, for example, offers one of the most convincing way of feeling like you’ve been transported 10 years into the future.

The problem is that the acceptable bar for what can, or should, be considered augmented reality is dropping quickly. Lately, it seems almost anything that puts silly images over pictures or video is now being (unrightfully) elevated to the status of augmented reality. Because of that, I’m concerned that the real value or impact of the technology is going to fade, leading to a level of disappointment that could set the market back for some time.

Inside Mark Zuckerberg's vision for your Facebook augmented reality

Augmented reality: what you need to know

At last week’s Facebook F8 developer conference, for example, the company talked a great deal about augmented and virtual reality, describing a number of futuristic concepts that it's working on. When it came down to the demos of what you can actually do now, however, it was essentially Facebook’s version of the popular Snapchat filters that let you put silly masks and other visual effects on photos and videos of people’s faces.

Now, don’t get me wrong, this is fun stuff. Plus, it really does require what is arguably an extremely basic form of augmented reality: it has to recognize the location, size and shape of a real-world object (your face), and then overlay digital graphics that correspond with particular spots on that object, even as you move. But honestly, for most people other than selfie-obsessed teenagers and 20-somethings, it doesn’t offer much lasting value.