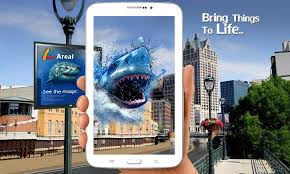 I have to say, I agree with those who says that some of the current developments of Augmented Reality – are juvenile joke, like going on Facebook and taking already clownish photos and turning them into idiocy. I And I am all for any enterprise that makes us human species smarter – and not more dumber, and I think at this point AR is on crossroads.

So, having said all that – where I really think Augmented Reality could have serious shot at becoming serious and life-changing technology is if we are able to hook it to basic principles of “action-and-reaction” and “cause and outcome”.

Imagine if there could be application where my 7-yrs old son could see the window in a future. Let’s say he presses some AR button titled – outcomes of being top student, and then you see his picture augmented in way that he can see himself in situation where I know it will have motivating effect for him, like owning toy factory (hehe)..… And this is not to say that everything should be rosy and positive in AR app, maybe, I would like him  to see what may happen if he smokes, drinks, do crime, drives fast or ....

While we all can and should learn from our and other’s experiences, AR technology could really show us what may be at the end of the road, at the end of the decision, and the end of the habit, lurking destiny that we should strive toward or press the brakes as hard as we can and move in opposite direction.

An article by Goran Dragosavac